I’m managing to get this post written one day before D turns two months old.  I’ve been thinking of writing this post and then between a newborn, two toddlers, and work, I haven’t managed to find the time to sit down and write.  Hopefully I’ll get his two month update done before he turns three months.

Davis is such a sweet and mellow baby, he really has to go with the flow since his sisters are energetic, lively, crazy and wild at times.  I keep thinking he will soon be deaf from all of the high pitch screaming and yelling.

At his two week check he was only 7 pounds 3 ounces, still 6 ounces under his birth weight.  Since that appointment I met with a lactation group and determined that he wasn’t transferring well.  Since then I amped up my pumping (now pumping 6-7 times a day) and we are following most nursing sessions with a bottle of pumped breast milk.  We had to supplement for a little while with formula, but as of recently, my supply has really gone up and we aren’t having to supplement with formula.

At one month, Davis was up to 9 pounds 14 ounces.  I’ll update more in my “two month” post, but let’s say, he is a growing and healthy boy!

We had a wonderful Thanksgiving up at my in-laws house, my mother-in-law told me I didn’t need to bring anything since things were so busy at home.  It was nice to not have to worry about bringing something for dinner, but I felt weird showing up empty handed.  My husband’s three brothers were home from out of town along with their wives.  It was nice to be with all of our family. 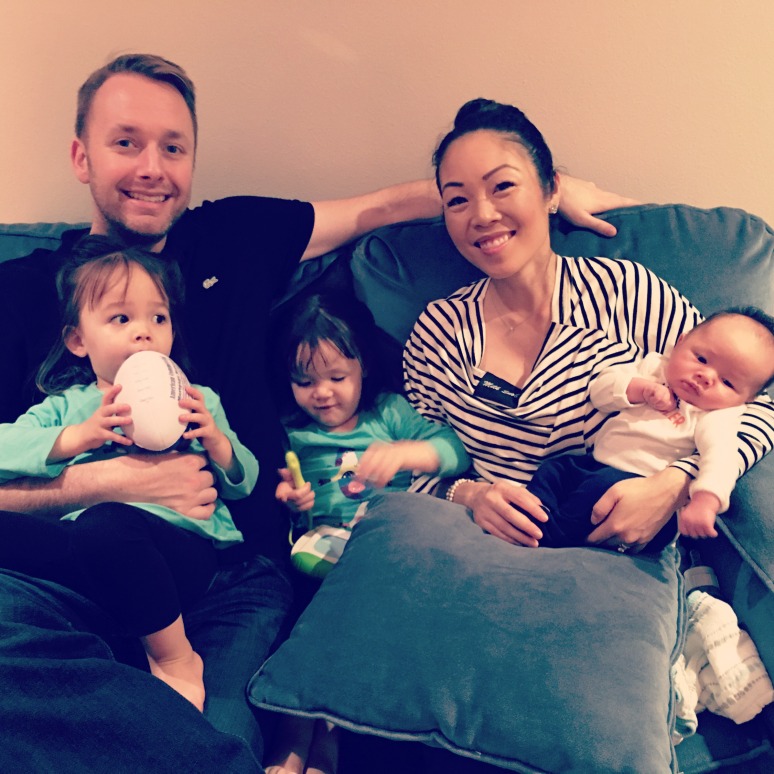 The day after Thanksgiving the weather here in Seattle was crisp and clear and we were all able to enjoy the Wild Lights at the Woodland Park Zoo.  The girls loved it!

Wild Lights, we all wore matching Seahawks hats and Davis had his UW beanie!

At one month, Davis was doing about three hour stretches between feedings and taking around 3 ounces per feeding.  Hubby is so helpful, he bottle feeds him at night while I pump simultaneously.  We are both tired, but are surviving with our lack of sleep.  Being at work feels like a bit of a vacation compared to being at home with all of the littles, but I do miss them all during the day.

I’ll post next time about the upcoming holidays and Davis’ two month update!

4 thoughts on “One Month….One Month Late”